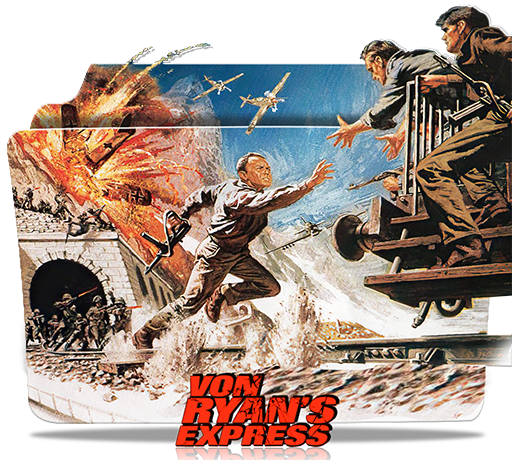 Under a clear, blue sky, a man sprints to catch a speeding train. He has fired a machine gun and thrown grenades at his pursuers – Nazis – setting other traps and charges for them as well. Now, he has almost caught up with the German transport train that he and his fellow prisoners of war have commandeered and are riding into Switzerland. He closes in on the train, running with his hand out…and is shot and killed with his hand just inches from his fellow prisoners and only feet away from the Swiss border – and safety.

Tony Dungy showed that clip of Frank Sinatra in Von Ryan’s Express to his team at the start of Training Camp in 2004. The prior season his Indianapolis Colts had lost to the New England Patriots during the regular season after being stopped on New England’s one-yard line, and then had to travel to New England in the playoffs where they lost. Some people pointed out that with that extra yard in the regular season they would’ve hosted the Patriots in the playoffs, won the playoff game, and gone to the Super Bowl. Therefore, that following season they just needed to get that extra yard for a touchdown and the rest would take care of itself.

Tony wanted to halt that thinking. He played the clip to impress upon the team from the start that it was an entirely new season, and that they needed to do all the little things, the details, that they’d done so well in the past. They weren’t “a yard away,” or “one player away,” or “a missed field goal away.”

It was a new start with a new group.

Therefore, they couldn’t afford to think ahead to beating the Patriots, or scoring the missed touchdown from the prior year as ways to reach the Super Bowl. All they could really do was the task in front of them…learning their playbooks, making sure they lined up correctly, knew their assignments, and played each play at full speed, trusting that the big picture would take care of itself.

We can fall into the same trap. We might have fallen just short of our corporate goals, or our quarterly results might have been so close to hitting the next level, but more often than not, the answer going forward is not radical transformation. Sure, sometimes change is needed – drastic change. But all too often when we’re looking ahead to improvement we can forget about those small fundamentals that got us to where we are.