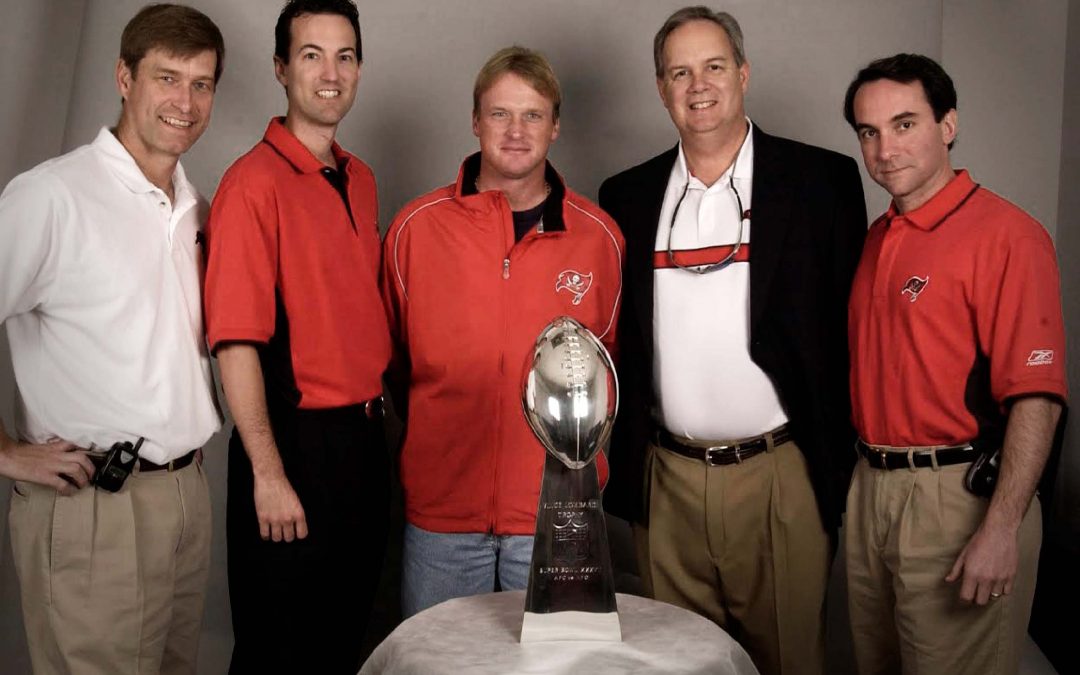 I was reminded of those words recently as the Tampa Bay Buccaneers beat the Kansas City Chiefs to win the most recent Super Bowl. When they were spoken eighteen years ago, we were about 35,000 feet over New Mexico or West Texas, a landscape of dusty red rock passing beneath our flight. I was holding the Lombardi Trophy, adding my fingerprints to the chrome surface that had gone around the plane to the coaches and players and was now with those of us in the front office. We were only hours removed from our Tampa Bay Buccaneers hammering the Oakland Raiders to win Super Bowl XXXVII in San Diego, and I handed it to another front office member, and as they added their prints to it, they spoke the sentence above.

Those words revealed a truth that Tony Dungy and I have spoken about numerous times since then. When the Bucs won, Tony was coaching the Indianapolis Colts, still a couple of years from their Super Bowl victory, and he was constantly impressing the truth of Matthew 16:26 to his players and staff. “What does it profit a person to gain the whole world and lose their soul?”

So true. My Super Bowl ring is a neat conversation piece, but there’s nothing about it – or the win – that changed me. For better or worse, we were all the same people on that flight back to Tampa that we’d been before kickoff. Having won that game – although a fun way to cap the season and a week in Southern California – didn’t alter who I was.

Goals are important, and striving to use our talents to the best of our abilities is a critical component of living the life we were created to live. But ultimately, getting into the “right” school, winning the big game, being promoted to the corner office, don’t carry any inherent value.

We are the ones with value. Not things. What we do with opportunities, with the doors that open, to build relationships and impact others – others who also have value – are the accomplishments that really matter.

So, yeah, if we were trying to measure ourselves by the world’s scoreboard, then we needed to win it again.

But you and I know better. So ultimately, the win the day before – or the fact that we didn’t win it the next year, or any of the sixteen years to follow – really doesn’t matter. Instead, what did we do with today? What will we do with tomorrow?

So sure, it would be nice to win it again, but we are made for so much more.